← more from
Atjazz Record Company
Get fresh music recommendations delivered to your inbox every Friday.

The Gift The Curse 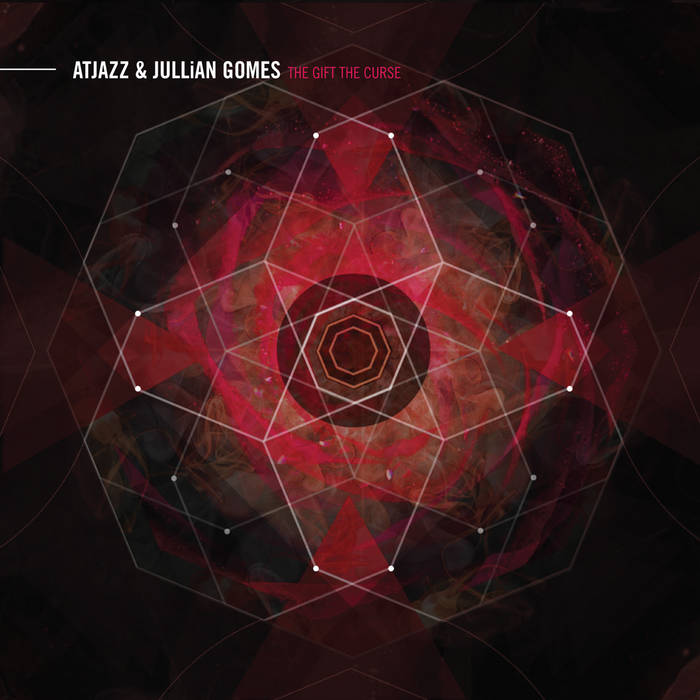 It’s one of the most interesting hook-ups in modern house music, and it’s yielded an album that will tickle ears and tease bodies for some time to come. They may live well over 10 000km apart, but the beat brotherhood between UK house legend Atjazz and SA's most promising young producer, Jullian Gomes, is clear to hear.

Their collaborative album ‘The Gift The Curse’, blends Martin “Atjazz” Iveson’s deft and experienced touch with the Gomes's keen modern ear for soulful tech. Throw in vocal cameos from the likes of Osunlade, Robert Owens, Wumni, Zano and more and you have a forward-thinking, funky-as-hell long-player.

Pretoria-born Jullian Gomes grew up alongside a record junkie of an older Cousin in Michael G (together they’ve recorded as G.Family and picked up a SAMA nomination) and was absorbing the mid-tempo sounds of Tshwane’s vibrant club scene before he was a teenager. Little wonder he graduated to represent South Africa at the Red Bull Music Academy in London in 2011, had a subsequent smash hit with “Love Song 28” (also remixed by Ewan Pearson and Charles Webster) and ended up remixing Black Coffee, The Layabouts and Omar. But it was an unsolicited remix of Atjazz featuring Robert Owens “Love Someone” that caught the ear of Iveson.

Anyone with a passing interest in house music has heard of Atjazz. The north-eastern Englander has been producing since the mid-90s,
and is responsible for hundreds of remixes, including ones for Bob Sinclar, Jazzanova and SA’s own C.9ine. When he toured the country in 2011 he met Gomes at the infamous House 22 in Sunnyside, and the two struck up a relationship that’s been blossoming ever since. The two ended up collaborating on “Overshadowed” in 2012, and the working experience and success it achieved leads to this transcontinental hook-up.

Gomes explains that the title of the album refers to the fact that with every setback, there’s an opening. It could also sum up the cross-continental
span that the two have bridged to create something this special.

A landmark that sets the local beat bench extremely high.

Bandcamp Daily  your guide to the world of Bandcamp

Damu The Fudgemunk shares his recent collab with Def Pressé, plus jams from Common and more